A Note in History World Bank President James D. Wolfenshon's visit to East Asia Provides the Bank with an excellent opportunity to move beyond rhetoric and show leadership by example in helping the countries of the region to overcome the financial crisis.

The World Bank has called for wide ranging reforms covering in the region's financial and industrial sector, trade regimes, external debt and government institutions. These reforms should encourage greater openness, transparency and accountability. The Bank has also called for increased support for the poor such as community based efforts to create jobs and protect health and education's systems.

These are laudable goals. However, World Bank activities in Indonesia are unlikely to be moved by world alone. Like governments in the region, the present crisis has seriously damage the credibility of the World Bank. Mr. Wolfenshon's message is unlikely to find a receptive audience until he is ready to acknowledge the Bank's role in perpetuating policies that contributed to the crisis, and to take steps to initiate reforms in his own organization to prevent similar occurences in the future.

Until very recently, the Bank has assumed a largely uncritical stand with regards to Indonesia government policy, and backed its continuous praises with annual infusion of financial support. In the context of the current crisis, independent Indonesian economist have long warned of the dangers of huge current account deficits supported by over-valued Rupiah, lack of enforcement of prudential regulations in the bank sector, and heavy reliance on short-term foreign borrowing. Yet the World Bank, in its 1997 policy review released just a month before the Thai devaluation, and even until the end of July 197, still took an over optimistic view of
Indonesia's economic prospects.

﻿The Bank's substantial influence in financial circles encouraged overconfidence among domestics and foreign investors. The World Bank's overoptimistic assessment of the Indonesian economic prospects in 1990s provides disincentives for reforms and reinforced a tendency towards higher inflows of foreign borrowing. By promoting lines if arguments that “everything is O.K. and fine", the Bank has misled both domestic and foreign investors. The Bank also failed to link World Bank financial sector loans to enhanced supervision and oversight in the over expansive banking sector.

The World Bank's reluctance to criticize the Indonesian government is a reflection of the mutually beneficial and cozy relationship that has developed over the years between officials of the Bank and the GOI. For the World Bank, Indonesia has consistently been the most cooperative of the Asian “miracle” economics. Task managers at the Bank, whose performance is judged on the basis of the volume of new loans generated, found ministers anxious to develop new projects and accept new loan obligations. Although project implementation was often subpar misappropriation of funds routine, there was never a shortage of projects in the pipeline. And despite the increasing debt burdens, Indonesia always paid on time.

The Indonesian government also found the relationship attractive. Not only did the Bank regularly inject new funds to support bureaucracy, but the Bank also agreed that te details of project implementation could not be released to the public. Moreover, the Bank was willing to suppress information and analyses that presented Indonesian development efforts in unfavorable light. A particularly egregious example of this was the World Bank's Indonesia Poverty Stdy of 1990. When the government rejected the initial analysis, the Bank agreed to revise the figures, and with a stroke of the pen lowered the incidence of poverty by 60 percent (Pincus 1996, 15). It is worth nothing that the Bank carried out similar manipulations of poverty data in the Philippines under President Ferdinand Marcos (Boyce 1993, 47).

﻿Because of the lack of GOI and World Bank transparency, the Indonesian public was excluded from information on project selection, formulation, supervision and evaluation. Reports that as much as 30 percent of World Bank funds in Indonesia went missing each year were met with flat denials from both GOI and the Bank. No promises were made by either party, however, to improve public access to internal supervision and evaluation reports, or to conduct independent audits to demonstrate the implausibility of those claims.

Meanwhile, the Bank has capitalized on public ignorance by proclaiming projects such Transmigration and the various Kampung Improvement Projects s models of equitable development (World Development Report, 1997). Yet independent observers have raised questions concerning the financial accountability of these projects, and in the case of transmigration, the impact of the project on the environment and the rights of indigenous peoples.

If Mr. Wolfenshon is sincere in his efforts to promote reform in East Asia, he should demonstrate by example that the World Bank has no intention of shirking its responsibilities to the Indonesian people. In order to achieve this, urgent policy changes are required on three fronts; transparency, public accountability, and redistribution of the burden of public sector debt.

Transparency: The World Bank's call for Indonesian public institutions to adopt a policy of greater transparency is long overdue. Yet the Bank's hesitation to urge more openness cannot be separate from the Bank's own secretive behavior with respect to its operations in Indoensia. Mr. Wolfenshon should demonstrate the importance of transparency by immediately releasing to the public complete information the World Bank's Indonesian portfolio, including supervision and evaluations reports and financial details.

﻿Accountability: The World Bank should demonstrate the importance of accountability by acknowledging its own role in Indonesian policy formulation prior to the financial crisis. The Bank should also accept full responsibility for financial irregularities relating to World Bank projects. If it is found that supervision of Bank-funded projects has been insufficient, the Bank should accept a reduction of Indonesia's debt obligations. It is unreasonable to expect that future generations of Indonesian taxpayers must carry the entire burden of corrupt practices that were not addressed by Bank's monitoring systems.

Restructuring Public Sector Debt: The World Bank should take the lead in restructuring Indonesia's oppressive debt burden by renegotiating payments to the Bank over the coming five years. Mr. Wolfenshon proposes new lending to Indonesia at rate of $4,5 billion over three years. Yet this figures still implies net negative transfers to Indonesia from the Bank over the same period. According to the most recent budget estimates, debt servicing will absorb 27 percent of Indonesian central government expenditure this fiscal year. Yet even this figure is an underestimate since it assumes that the exchange rate for rupiah is Rp 5.000 per US$. If instead the rupiah is depreciating lower that Rp 7.000 per US$, then more than 40 percent of central government spending will be allocated for debt servicing.

Saran RR untuk Joko Widodo: Belajar Terima Kasih, Jangan Sok-sokan Jadi King Maker
The Bank can immediately support programs to protect the Indonesian poor by rescheduling debt payment, and reducing the size of Indonesia's debt payments to a level commensurate with Indonesia's capacity to pay. Although this would impose a financial burden on the World Bank, it will demonstrate the people of Indonesia, that the Bank is ready to take the strong measures required to re-establish the organization as credible, professional development agency.

A Note in History 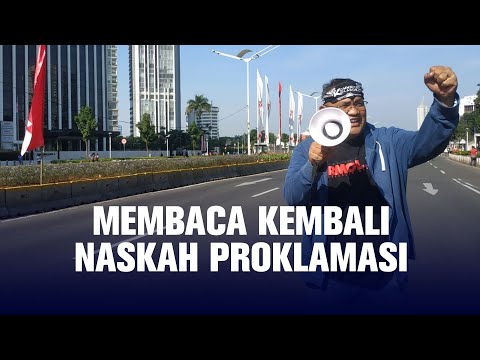 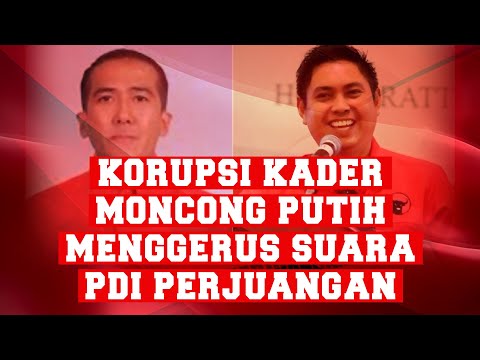