Backing the Wrong Horses: American Blowback From Vietnam to Afghanistan Ilustrasi/Net
WASHINGTON has repeatedly intervened in other nations, with ostensibly good intentions. Yet it has achieved none of its purported foreign policy goals.

Over the past few weeks, the world has come to the realization that the United States needs a major reset in its foreign policy, in particular its diplomacy, economic engagement, and use of military force.

For those of us watching from abroad, It was refreshing to hear U.S. President Joe Biden saying that America’s departure from Afghanistan should mark the end of “an era of major military operations to remake other countries.”

If there is any important lesson from the war in Afghanistan, as well as most of the conflicts the U.S. has been involved in since the end of the Second World War, it should be the lesson that the time has come for a serious assessment of Washington’s foreign policy establishment and its knack for backing military interventions doomed for failure.

The foreign policy elites’ rationale for interventions, which often starts with an argument about the need to protect America’s strategic interests, is usually followed by the desire to advance noble liberal causes such as nation-building, democratization, and the delivery of humanitarian aid.

In 1965, for example, one could have argued that Lyndon Johnson’s decision to send American troops into battle in Vietnam made some strategic sense. Not doing so, at least Americans were led to believe, would not only result in a communist takeover of the entire country but eventually the rise of communist regimes across Southeast Asia.

In 2001, when President George W. Bush sent troops into Afghanistan, few challenged the need to strike back at al-Qaida for its attack on America. After all, if the U.S. did not remove al-Qaida from its sanctuary on Afghan soil, surely more terrorist attacks would occur.

The decision in 2003 to invade Iraq and topple Saddam Hussein from power was based on the belief that his regime possessed weapons of mass destruction and was harboring and supporting terrorists. Given the climate of fear after 9/11, it was depicted, wrongly as it turns out, as a war of necessity.

Time and time again, Washington has intervened in places such as Afghanistan with ostensibly good purposes and intentions. Yet it has achieved none of its purported foreign policy goals. In fact, as a consequence of its presence, the U.S. left those countries in worse shape than when it first intervened.

One is reminded here of Graham Greene’s brilliant novel “The Quiet American,” which was written in 1955 and set in Vietnam during the last years of French colonial rule. One of the story’s main characters, the CIA agent Alden Pyle, is portrayed as intelligent yet naïve, an idealistic American who sincerely believes he can make the world a better place, which in Pyle’s thinking meant remodeling Vietnam in his own country’s image. Unfortunately, it is precisely this idealism and naiveté that results in horrible unintended consequences for the Vietnamese.

Greene’s novel was prophetic. Shortly after the U.S. entered the Vietnamese war, it worked under the illusion it could help build the political, economic, and military institutions that were needed for South Vietnam to stand on its own and effectively defend itself against the communist insurgents. Washington thought that in the eyes of the South Vietnamese, it would be perceived as protecting them from the evils of communism and thus would be seen as a force of good.

This is something Pyle would have embraced, but instead of modernizing South Vietnam and winning over Vietnamese hearts and minds, quite the opposite happened. With massive amounts of aid entering the country, it was no secret that politicians had turned horribly corrupt and were busy lining their pockets. The South Vietnamese army, trained by American advisors and who found themselves frustrated and angry with a war in which it could not win, was frequently found abusing villagers. Instead of being applauded by the Vietnamese, the U.S. was seen as yet another occupier backing a corrupt regime with little regard for their economic well-being or safety.

A similar hubris would haunt the U.S. in Iraq and Afghanistan. Instead of bringing peace, it brought violence and death. Nation building was an empty catchphrase that brought little economic development, just corrupt leaders and seemingly endless suffering.

Looking back on each of these three conflicts, it is painfully obvious that none of Washington’s reasons for going to war had made any sense, and in some cases only damaged rather than enhanced its strategic interests. When South Vietnam fell to the communists, the entire strategic rationale for entering the war, the so-called domino theory, proved to be based on false premises. With the exception of Cambodia and Laos, Southeast Asia remained free from communist influence and rule.

In Iraq, the U.S. foreign policy establishment was duped into believing there were weapons of mass destruction. There were none. Paul Wolfowitz, a real life example of Greene’s Pyle who served as Bush’s deputy secretary of state, was deeply influential in making the argument for going to war with Iraq. Wolfowitz sincerely believed the removal of Saddam Hussein and the creation of an electoral democracy would not only serve the interests of the Iraqis but also open the door for the spread of democracy in the Middle East. He was horribly wrong. Instead, Iraq was marred by sectarian violence and religious extremism, including the rise of the Islamic State. As for the rest of the Middle East, little changed.

And finally, in Afghanistan, one must question if any of America’s interests were better served by having its soldiers fight there for two decades. Some would argue it was an effective staging ground to diminish the likes of al-Qaeda, but after having spent over $2 trillion on a war that cost the lives of over 100,000 Afghans only to see the Taliban come back to power, one must wonder if the “war on terror” could have been waged more effectively.

Such are the ghosts that haunt America’s past forays abroad. But it is not only America’s propensity for going to war and backing corrupt illiberal leaders in the countries it occupies that needs to be addressed. Washington also needs to rethink how it chooses its friends.

Although the U.S. fancies itself as a promoter of democracy around the world, quite often in the name of realpolitik it has had cozy relations with tyrants and autocrats, too often offering little strategic value and at great cost to people living in those countries.

One good example of Washington turning a blind eye to brutal regimes while it preaches the virtues of democracy is in my own country, Indonesia. While the U.S. waged war in Vietnam, in 1965 the Lyndon Johnson administration applauded the rise of General Suharto and his military’s massive purge of suspected members of the country’s communist party. Soon, there were reports of rivers of East Java and Bali that had turned totally red from the blood of those who had been murdered. Many of the victims were not even members of the communist party. In just a year, as many as 1 million Indonesians had been killed in what would be later recognized as one of the world’s more brutal genocides in modern history.

Yet Washington remained mute, and when Suharto officially became president in 1967, rather than being critical the White House lauded him for his anti-communist credentials.

Over the following years, as Suharto consolidated his power and crushed his critics, Washington continued its warm relationship. Even when the Cold War came to an end and there was no longer any strategic justification for being supportive of Suharto, Washington persisted in its ties with a regime that was renowned for its corruption, violence, and autocratic ways. What cost this imposed on Indonesians was a question that was never posed by America’s foreign policy establishment.

A similar story is being played out as I write this. President Joko Widodo, also known as Jokowi, who has been in power for the past seven years, was praised by Washington for his democratic credentials when he first entered the palace in 2014.  Yet, as he settled into office and surrounded himself with politicians of the past, it quickly became evident he was not a democrat. On the contrary, Jokowi has constantly overseen the undermining of democratic norms and institutions.

The damage done to Indonesia’s democracy since Jokowi first came to power is so extensive it leaves Indonesians wondering if it can ever be fixed. For example, under Jokowi’s watch, Indonesia’s Anti-Corruption Commission has been completely tamed. A recent article in the Economist noted that Indonesia is now awash in corruption and scored worse than Brazil and India in a corruption index produced by Transparency International.

Just one year after Jokowi took office, Freedom House downgraded Indonesia from the category of “free” nations to “partly free.” Civil rights such as the right to freedom of expression have been completely undermined by the government through its newly found powers to jail its critics. Civil society has also been dealt a blow when the legislature gave the government the right to shut down NGOs on a moment’s notice.

Indonesia’s democratic backsliding, one of the worst in the world, has caused little consternation in Washington. By still being supportive of an administration that is demonstrably corrupt and tilting towards authoritarianism, the White House and the U.S. State Department have become enablers of Indonesia’s decline. It is hardly worthy of a country that claims it wants to promote democracy across the world.

Bukan hanya Garuda, Rizal Ramli Mampu Selesaikan Persoalan lain di BUMN
Dr. Rizal Ramli is the former Coordinating Minister of Maritime Affairs for the Republic of Indonesia. The article was published for the first time in The Diplomat. 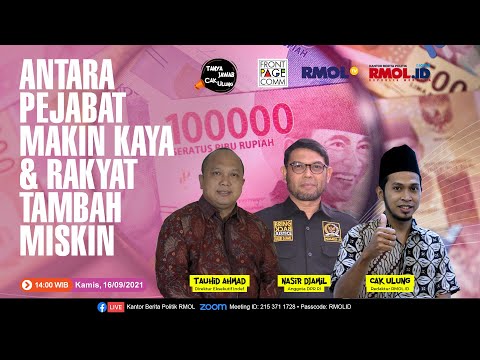 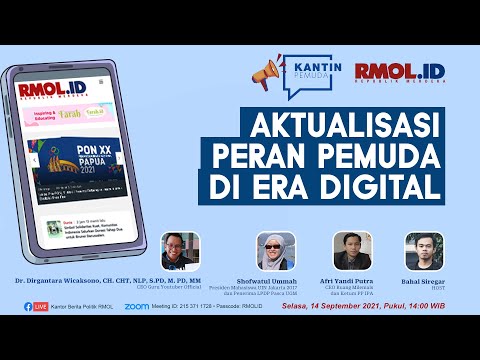